Arundo Donax L, now known as the giant reed, is a perennial plant of the family of poaceae (formerly gramineae) that lives throughout the Mediterranean region, where it is widespread;  nowadays it would be difficult for us to imagine our landscape without its presence.

It has often been said that it is an introduced species, but there hasn’t been any conclusive findings to corroborate it, on the contrary, we have seen the use of it by Mediterranean populations dating back to the oldest civilizations in the area. The earliest references to the cultivation of cane are two works by Theophrastus (Theophrastus, Θεόφραστος, Eresos 372 BC-287 BC), De historia plantarum and De causis plantarum.

The cane, thanks to its characteristics of hardness, flexibility and easy handling, took an early entrance the material culture of the Mediterranean habitants. Thus, we can find different uses in agriculture and crafts. It can be used to protect and hold all kinds of plants or trees, transport their fruits, it can support the roofs of houses and whitewash the walls, we fish with canes and above all, we make music with it. The use of cane as a source of music can be traced back more than 5,000 years.

Today the reeds for musical instruments continue to be made with the wood of Arundo donax, the same material that has been used throughout the history of these instruments. It is one of a few cases where modern technology, despite its many attempts, has not been successful at finding a replacement to a natural material, the cane.

The giant cane (Arundo donax L.) belongs to the genus Arundo, which contains 6 species widespread in all warm countries. A. donax L is the most widespread and best known.

Arundo donax is a perennial poaceae with stems - canes - very hardened and woody from the second year, which grow of a branched rhizome located at a shallow depth.

When the soil is rich in minerals and has enough water, canes can reach up to 8 meters height with a base of more than 35 mm diameter.

The grey and greenish sword-shaped leaves are alternate, 30 to 60 centimetres long and 2 to 6 centimetres wide with a conical tip. They start from a knot and remain completely attached to the stem until almost the next knot, where the limb separates from the stem. Usually the part of the leaf that is not attached, is shed in winter and only the adhered part dries.

Arundo donax blooms in late summer, with vertical feathers about 40 to 60 centimetres long, which are usually seedless or with rarely fertile seeds. Instead, it reproduces mainly vegetative through hard and fibrous underground rhizomes that form nodular mats that extend and penetrate up to 1 meter deep.

This vegetative propagation is well adapted to floods, which can break groups of A. donax, scattering fragments that can sprout and colonize downstream.

Arundo donax is a C3 tall, perennial herb of the subfamily Arundinoideae. The stems produced during the first growing period are not branched and are photosynthetic.

In the Mediterranean cane shoots emerge and grow fast from May, June, July and August, producing stems and leaves. From late August, the lower leaves begin to dry out, following the seasonal temperature patterns. Drying accelerates during fall, when flowering occurs from early October to late November. At this phenological stage, the moisture drops significantly; at low winter temperatures the cane stops growing.

The regrowth will resume the following spring.

It has a high photosynthetic capacity, associated with the absence of light saturation. The uptake of carbon dioxide is high compared to other C3 and C4 species, thus the growth of the cane is extraordinary rapidly in the right season.

When a new aerial stem sprouts, it does so with the final diameter, it only grows in length, and in a few weeks, it reaches its final height.

The productivity of the organic substance per hectare is one of the highest.

An apical meristem (cell division area) at the tip of the plant shoot or root causes this shoot or root grow in length creating new (younger) tissue on top of the existing (older) tissue.

Once a cane generates secondary branches, these become the main area of new growth; the growth of the main stem is practically non-existent from this point on.

In most areas where cane grows, no viable seeds are produced. Reed sterility is thought to be the result of megaspore stem cell division failure. No major variations in genetic diversity have been found in different genetic studies in the United States and in various parts of the Mediterranean. Molecular data strongly points to a unique genetic clone of A. Donax in the United States, although multiple introductions of this plant have been documented in the United States.

Other studies in the Mediterranean area analysed cane samples from 80 different sites and showed low gene diversity within these sites as well.

The results indicate the appearance of alterations in post-meiotic development of the egg and pollen. Research supports a monophyletic origin of the cane, that was possibly originated in Asia and spread from there to the Mediterranean. 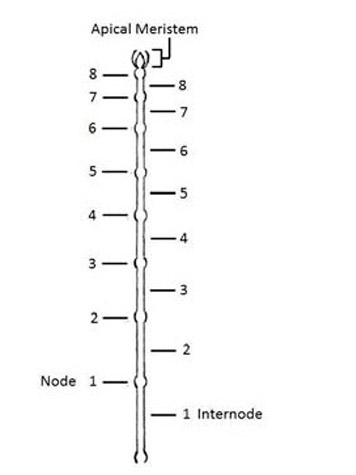 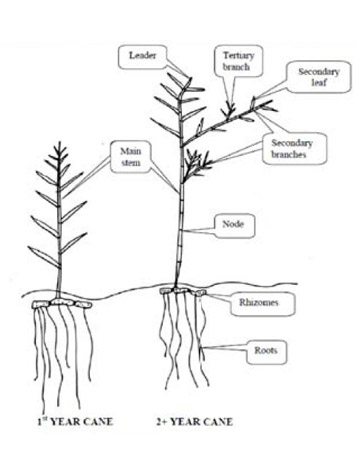 Cane adapts to a wide variety of ecological conditions, but is generally associated with riparian and wetland systems. Plants can grow in a wide variety of soils, from heavy clays to loose sands and gravel soils, but they prefer moist drained soils, where they can produce dense masses.

Cane crops have shown to have a beneficial effect on the conservation of agricultural soils, specifically on microbial biomass and both quantity and quality of organic matter.

From the most remote times in many Mediterranean areas we find reedbeds near the orchards, in the irrigations that limit the fields, escorting drains and irrigation canals; cane has always been linked to the agricultural work and most likely it began to be cultivated due to its usefulness in agricultural life.

Use in musical instruments

The ancient Greeks used reeds (called Kalamos: A. donax) to make flutes, known as kalamavlos; this is a compound word, kalamos (cane) + avlos (flute). At that time, the best flute cane came from the banks of the Kephissos River in Attica. They used several kalamavlos, tuned differently and tied together to create a syringe or Pan flute.

Reed has been used for over 5,000 years to make Ney flutes (Persian word for cane), which are still played in many parts of the Middle East. It has also been used to create the Egyptian Arghul, the Launedas of Sardinia, or the Arab Zummara.

Later on the Shalmeï in Germany, the Piffare in Italy or the Chalumeau in France appeared, which evolved and became the modern instruments of the wood family from the seventeenth century on.

Currently, A. donax remains the raw material for the manufacture of reeds for clarinets, saxophones, oboes, bassoons, bagpipes, and other wood wind instruments.

Musical properties of the cane

The structure and anatomy of the cane gives its wood the needed properties to be used in musical instruments.

The composition of an Arundo donax stem can be described as consisting of three concentric rings (A):

At higher increases (B):

Each Arundo donax cell, when alive, is filled with a complex fluid that contains several elements. A reed of any instrument, however, is made up of a dry piece of Arundo wood: only the shell or remnant of the cell walls in a fixed relative shape.

Cross section of a cane tube

On the outside are the epidermis, the cortical parenchyma, and a fiber ring. The filling tissue contains vascular bundles that outward, increase in number and decrease in size with thicker cell walls. The cells of the parenchyma shrink outward, with increasing thickness of the cell wall.

Chemical composition of the cell wall

The first and most important of the compounds contained in cell walls is cellulose (a carbohydrate). Cellulose is the structural component of the primary cell wall and is the most common organic compound on Earth. 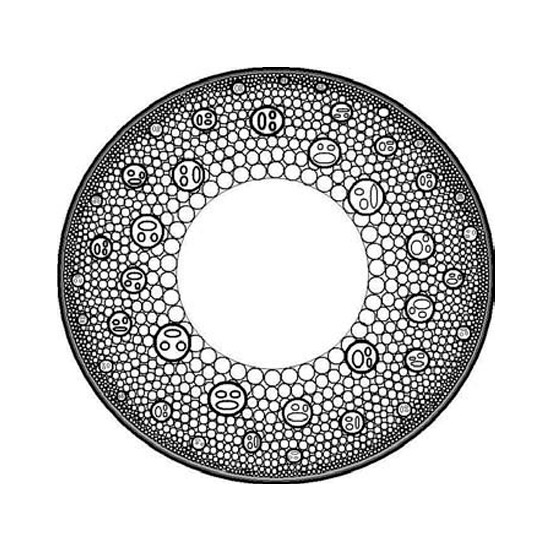 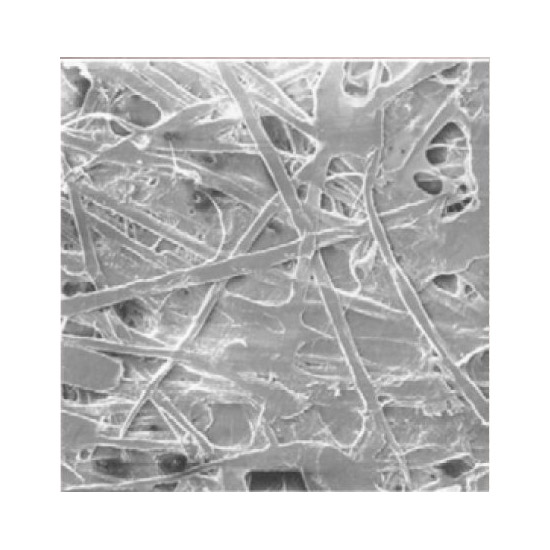 The function of hemicellulose in Arundo donax and in wood in general, is to aid in water absorption. Hemicellulose tends to be hydrophilic and allows the absorption of water molecules in the interstitial spaces of the cellulose crystal lattice. It is present along with cellulose in almost all cell walls of plants. Although cellulose is crystalline, strong and resistant to hydrolysis, hemicellulose has a random, low-strength amorphous structure.

The last important chemical component of cane wood is lignin (wood in Latin). This highly complex gummy filler is formed from dead plant cells and is produced as a result of the aging process of plants. Lignin protects older plants from pathogens and water, stabilizes the cell wall matrix and provides viscous protection against shocks and some plasticity in the plant.

Specifics of the cane

The moderate density combined with a high modulus of elasticity * 1 (Young's modulus) makes Arundo donax wood unique as a material for making reeds. In the case of Arundo, the rigidity results from a high proportion of fibre. These materials are called anisotropic * 2 because the stiffness is much greater along the fiber than in the other directions.

This characteristic is found due to the large amount of lignin that fibrous cells contain. Lignin and sugars (especially glucose) are responsible for one of the most important virtues of Arundo donax: the high cushioning capacity. This ensures that the reed follows the pressure variations of the air column quickly, without adding too much unwanted vibration.

Bamboo is very rigid to use as a substitute for cane (cushioning level is too low).

To withstand the force of the wind, Arundo donax is built strongly from the bottom up and the tube is made stronger outwards. The lignin concentration increases approximately tenfold as it goes from the top of the stem to the bottom.

* 2 Anisotropy is the property of variation of physical properties when measured from different directions.

Climate, soil, surroundings, irrigation and fertilization influence the quality of the cane, as well as the age and time of harvest. The cane must be at least 2 years old and must be cut in winter when the vital activity of the plant is minimal.

There are two reasons why the cane stem should reach a certain stage of development before harvest. One is that lignin, which gives the cane the desired stiffness for vibration, only develops over time. Even within a single plant, older parts have more lignin than younger ones.

The second factor based on aging, is the concentration of hemicellulose, which stores water when a reed is wet.